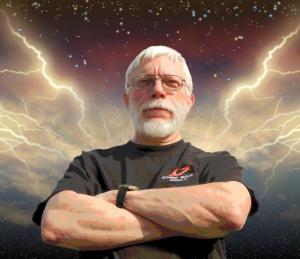 Doug’s love of movies began during his childhood. He watched cool monster movies like “20 Million Miles to Earth” at his local community center. Later, stationed in Thailand during the Vietnam war in the 1970’s, he spent his free time keeping up with all the movies he could get in to see–numbering in the hundreds!

Today, he makes a weekly sojourn to a local movie palace to see the latest film releases and consume popcorn. He is also a voracious reader of novels and a lifelong collector of comics (he’s a Marvel guy). He consumes vast quantities of television as well.

Yes, Doug is frequently asked if he is THE Doug Adams, of Hitchhiker’s Guide to the Galaxy fame.

One thought on “About Doug”